Progressive voices for a better Durham

On March 29, more than 250 PA members--our friends, family and neighbors--voted to endorse progressive voices for the upcoming May 8 election and the election.  We choose progressive voices to represent us in Washington and Raleigh, the school board and as Sheriff, District Attorney and Clerk of Superior Court.

G. K. Butterfield, first elected to represent the First District in 2004, has represented parts of Durham County since as a result of recent redistricting, he now he represents most of the county. Butterfield currently serves on the House Energy and Commerce Committee, where he advocates for access to quality healthcare, expansion of rural broadband, consumer privacy, renewable energies, and reducing utility rates in low income communities. His roots in Durham go deep. He obtained his undergraduate and law degrees from N.C. Central University. In 1965 he joined area hospital employees in their fight for workers’ rights. Congressman Butterfield has no Democratic opposition; he will not appear on the primary ballot. In November he faces conservative Republican Roger Warren.

David Price has represented the Fourth District since 1987. The way the district is currently drawn, Price represents most of Raleigh, all of Orange County and four precincts in southern Durham. He supports progressive policy change that aligns with PA’s mission, earning high marks from the League of Conservation Voters, Planned Parenthood Action Fund, and the ACLU. He brings the legislative skills and experience that seems necessary at a time when progressives must defend against regressive policies of the current administration. He is Vice Chair of the gun Violence Prevention Task Force, and is NC’s only member of the Appropriations Committee. Should Democrats regain control of the House this fall, Price is ready to take on a powerful leadership role in Congress and advance his progressive vision.

Floyd McKissick has represented part of Durham in the North Carolina Senate since 2007. He served on the Durham City Council from 1993 to 2001. McKissick’s primary legislative goal is to adequately fund North Carolina’s education system. He seeks to eliminate disparities in the system and to equalize educational resources across jurisdictional lines. He has an excellent record on the environment and in 2016 was named Senator of the Year by the League of Conservation voters. McKissick supports Medicaid expansion, would vote to re-establish a progressive state income tax system, and wants to rethink a transportation funding system dependent on gasoline taxes. He supports equal rights for the LGBTQ community. As a victim of gun violence, he is positioned to be a powerful advocate of effective gun control measures.

Mike Woodard is seeking his fourth term as a member of the North Carolina Senate. District 22 currently includes part of the city of Durham, Durham County, and all of Person and Caswell Counties. Woodard is a knowledgeable legislator with a progressive record. He has sponsored bills to fund universal pre-K, make voter registration easier, and establish a non-partisan redistricting committee. He was a primary sponsor of a bill to repeal HB 2 that sought to make sexual orientation and gender identity protected statuses in public accommodations. Woodard supports policies to enable undocumented students to pay in–state tuition for community colleges and public universities. Woodard demonstrates a depth and breadth of understanding of the issues facing North Carolina and the role policymakers play in addressing them.

MaryAnn Black served on the Durham County Board of County Commissioners for twelve years from 1990 until 2002 with PA PAC support. For much of that time she was the Board’s chairman. Last year, she was appointed to the North Carolina House to fill a vacant seat. Black is a reliable and proven progressive. She cites Medicaid expansion as her most important legislative priority. She wants to see funding and authority restored to the state’s environmental protection agencies. Black supports increased funding for public schools and increased regulation of charter schools. She voted against the HB2 compromise. Black supports allowing judges to waive costs and fees that punish poverty. She supports non-partisan redistricting, protecting voting rights, and sensible gun control measures.

Marcia Morey currently represents District 30 in the NC House, having been appointed to the seat in 2017 after nearly 18 years of service as a judge. She co-sponsored a number of bills including one to fund free breakfast and lunch for students attending public school, and another to appropriate funds to protect North Carolinians against discrimination. She fought to allocate more resources for underserved students and to make more social workers, nurses, and counselors available in our schools. In the face of recent national tragedies, she has been the only North Carolina legislator to call for legislation to reduce gun violence. Her track record of service as a former judge and legislator is a clear indication of her organic, ongoing commitment to justice and equality.

Zack Hawkins is the First Vice Chair of the North Carolina Democratic Party, where he has a proven record of leadership and progressive action, including working to reduce poverty and homelessness in Durham, organizing with Same Day Voter Registration Coalitions, and working to bring awareness to the value of the Affordable Care Act. Hawkins has a decade-long history working with the Democratic Party on outreach and fundraising. He served as a delegate in the last two Democratic conventions. His platform emphasizes education; specifically increasing teacher pay and per pupil spending, and investing in early childhood education. Hawkins’ progressive values include supporting LGBTQ rights, combatting discriminatory practices, and promoting affordable housing. Hawkins supports a non-partisan redistricting committee, policy that encourages regulation of GenX by the EPA, and decreasing gun violence.

Robert T. Reives, II, has represented House District 54 since 2013. This recently redrawn district now includes Chatham County and part of southwest Durham County. Reives is an attorney, and attorney and serves as the Deputy Democratic Leader in the State House. He has previously been endorsed by the Independent Weekly, Planned Parenthood, the NC State AFL-CIO, and the Sierra Club. 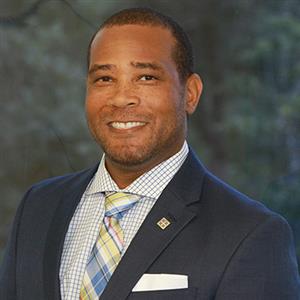 Mike Lee has served on the School Board since 2014 and has been chair for the last two years. Lee works to build consensus on the School Board and is comfortable with the debate necessary to get there. He’s also a strong advocate, and was instrumental in defending our schools from the takeover by the state innovative school district. Coming from a business background, Lee’s financial management skills make him a strong advocate for schools during the County’s budgeting process. As the father of three DPS students, Lee comprehends the issues and needs facing parents and students. Lee brings a race equity lens to his work. He supports the work of the equity office. 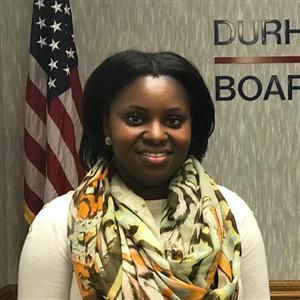 Bettina Umstead was appointed to the Board in 2016. In her two years on the Board, she has acted on her progressive values, voting to stop contracting out custodial services for DPS, ensuring that custodians will be paid a fair wage and receive benefits. She played a role in creating an Office of Equity Affairs, which seeks to measure and address disproportionate achievement. She expressed concern that the expanding number of charter schools is further segregating DPS. She would like to see Durham pursue numerous avenues to move the county toward pre-K, and supports measurement of student and teacher achievement that go beyond test scores.

Matt Sears has served as a member of on the School Board for four years. In that role, he has consistently fought to increase DPS’s resources, improve student performance, and reduce performance disparities across race and class. Sears played a leadership role during the recent superintendent search, striving to ensure the process was transparent. He was a critical part of the fight against Innovated School District’s attempt to takeover of Lakewood and Glenn Elementary Schools. Sears fought for the budget our public schools need, and pushed for more efficient use of that budget. His goals include applying principles of racial equity to decisions made by the Board, providing students with the support services they need to succeed, improving working conditions for teachers, and developing a sustainable model to fund DPS. 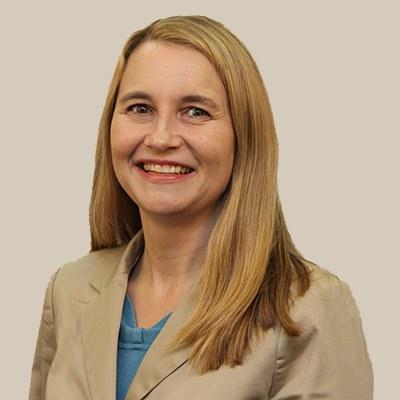 Natalie Beyer has served on the School Board since 2010. Beyer is a strong opponent of efforts to privatize public education. She cites among her proudest achievements; increased pre-K availability, and her participation in the creation of an Office of Equity Affairs at DPS. The graduation rate has gone from 71% to 81% during her tenure, even as poverty rates have risen. Beyer has a consistently progressive track record as a school board member, fighting for equity and excellence for all DPS students. She is both responsive to concerns and stubborn in her advocacy to make DPS the first choice for all families. She brings deep experience and expertise that DPS needs at this time of transition. 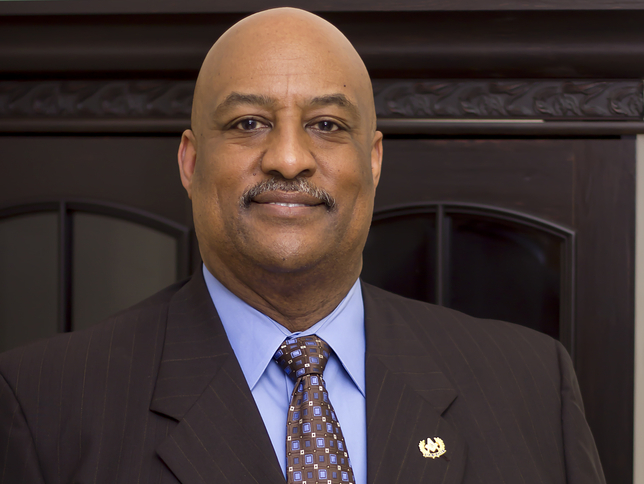 Rapport between ICE and the Sheriff’s department is a cause of concern for many in our community. Clarence Birkhead has clearly and unequivocally communicated that he will not honor ICE detainers, nor will he participate in ICE roundups. Birkhead has solid law enforcement leadership experience. After service as a deputy sheriff in Randolph County, he served as Chief of the Duke University Police Department and later as the Chief of police in Hillsboro. He understands that issues that affect Durham, such as the criminalization of poverty, are matters that cannot the Sheriff’s office cannot resolve alone. He speaks clearly and genuinely of the collaborative efforts he will employ to ensure that he is a part of the solution and not the problem. Birkhead deserves a chance to repair what is broken, and Durham deserves a transparent leader who is truly committed to leading that effort. 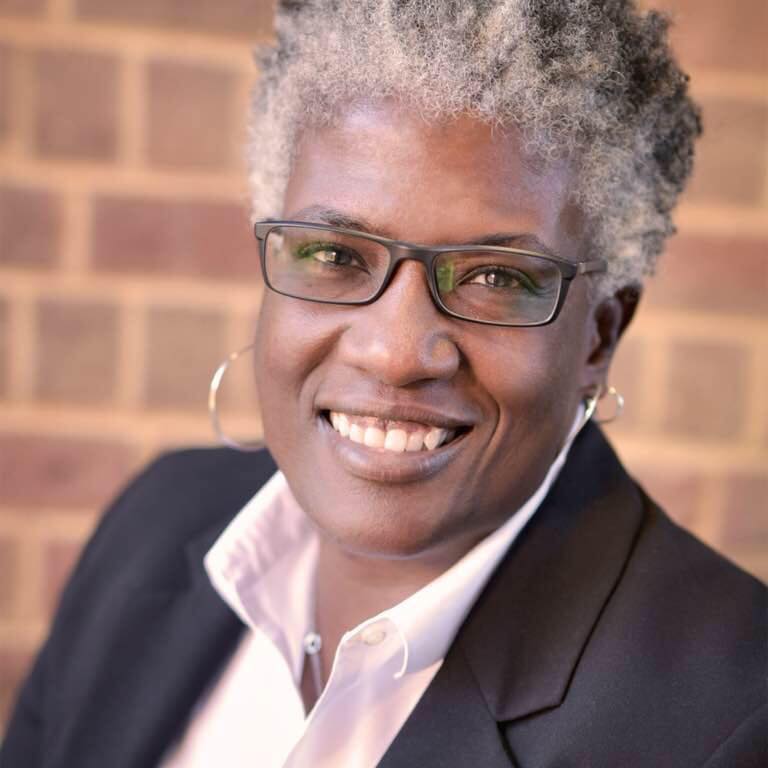 Satana Deberry supports progressive change within the DA’s office, including a clear and strong opposition to the death penalty. She supports expanding the use of the misdemeanor diversion program and is committed to ending the practice of coercing defendents with excessive charges in an effort to secure plea bargains. She has committed to reducing the use of cash bail, which keeps low-wealth people charged with misdemeanors and non –violent felonies in jail as they await trial. Satana’s experience managing staff, budgets and financing combined with her history of defending felony cases make her qualified for the job of DA. Her dedication to confronting and ending bias in the administration of justice make her the right choice for the Durham.