Why We Support Roy Cooper

The People’s Alliance PAC endorses Roy Cooper for Governor on North Carolina. We are impressed by Governor Cooper’s demonstrated support for all residents of our state as evidenced by his veto of HB370. We like his brave position against gun violence. With no support from the Republican-controlled General Assembly he issued an executive order strengthening background checks for firearm purchases. He has also used his executive authority to support the LBGTQ community by stopping state funding for organizations that engage in conversion therapy. Governor Cooper’s position on the minimum wage is aligned PA’s He is committed to signing legislation guaranteeing a $15 minimum wage. On voting rights, the governor has worked to expand access to the polls and in defense of the environment, he has pressed Duke Energy to remove coal ash from its ponds. Governor Cooper’s strong stance in support of teacher raises and Medicaid expansion strongly align with the PA’s vision of a just and equitable North Carolina where all people can live and thrive. 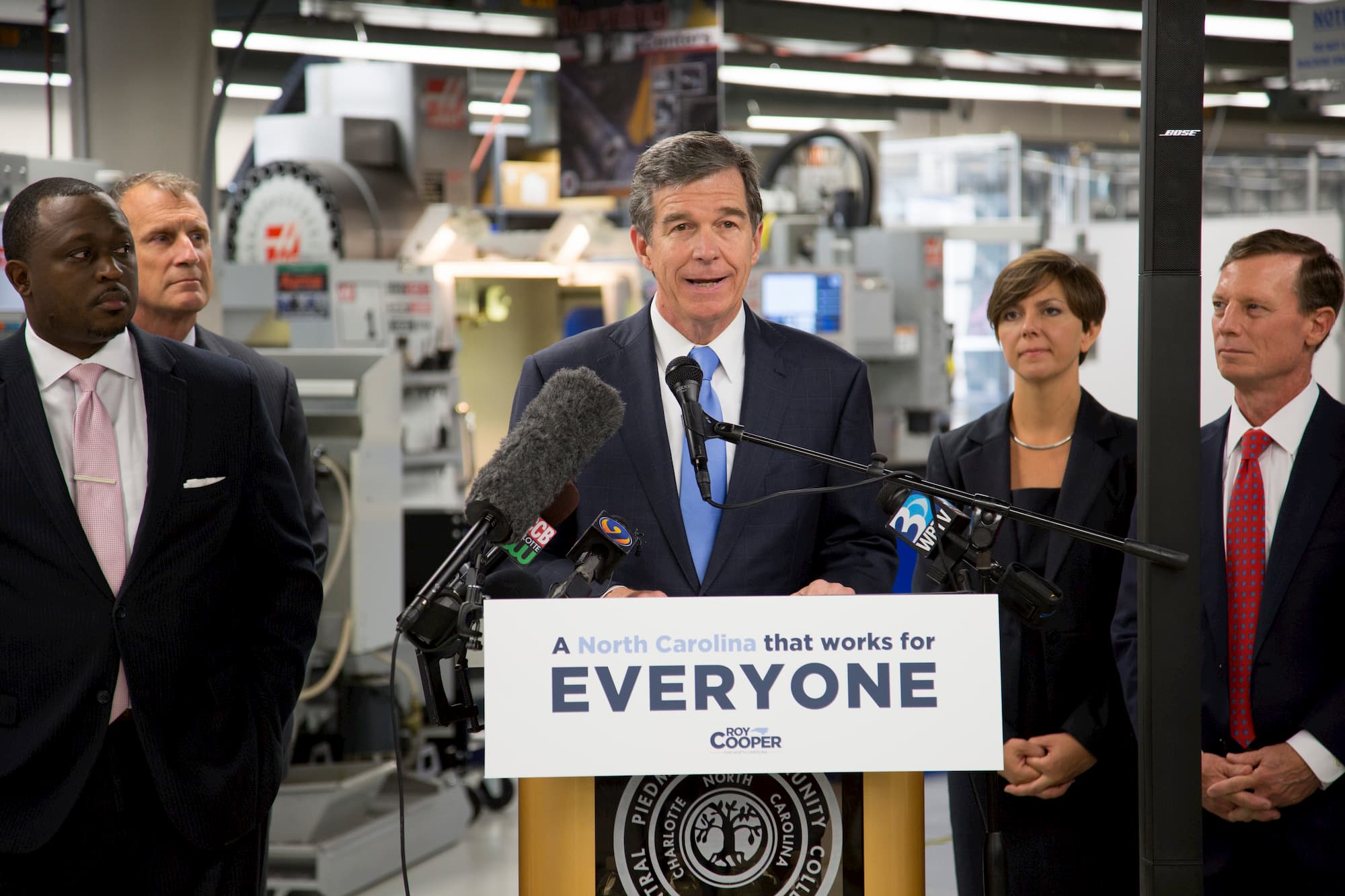