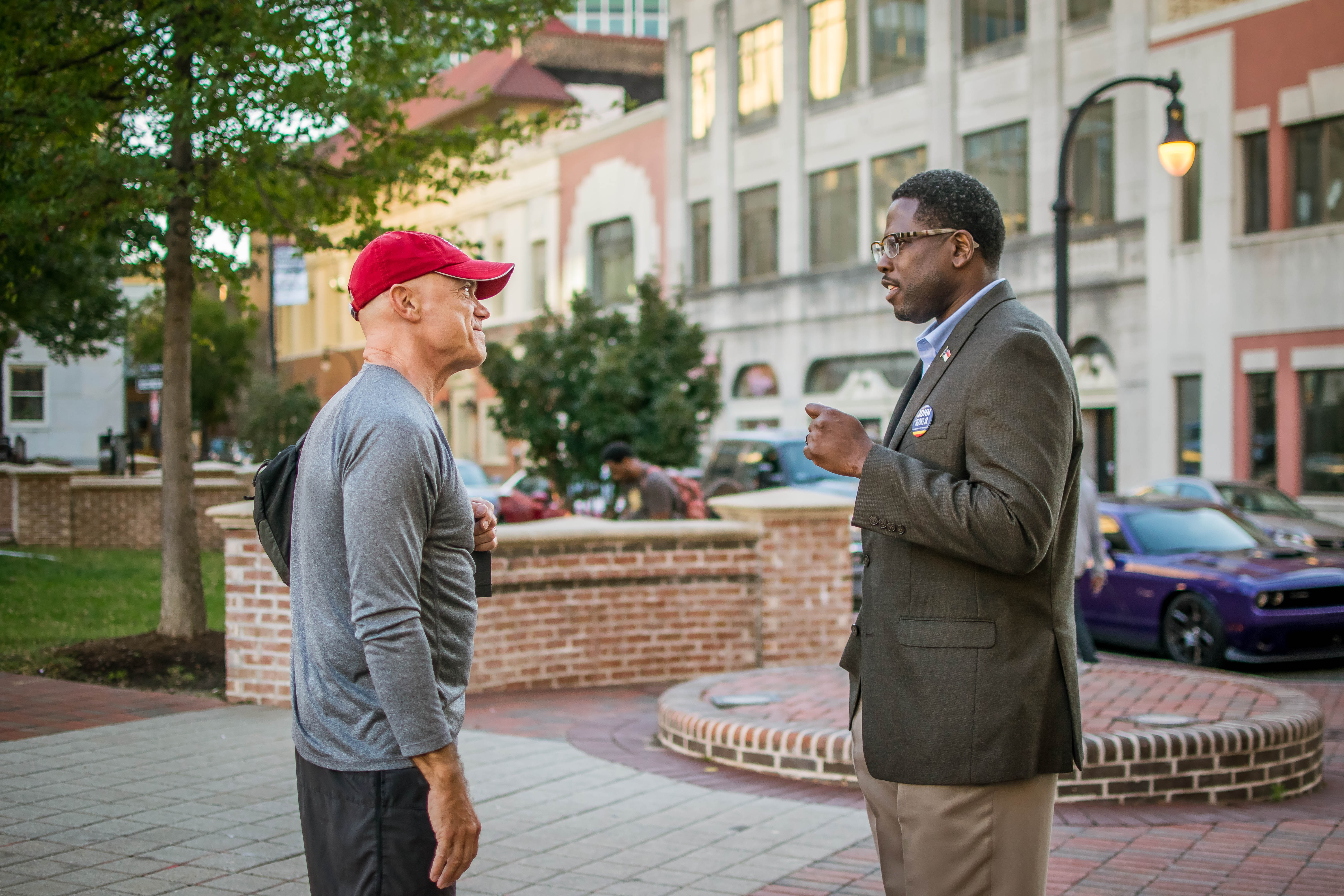 John Rooks is not running for the prestige of office.  He is not that kind of guy.  His ambition is not personal, but to make the lives of Durham’s most vulnerable residents better.  John is not given to speech-making.  He is soft spoken.  He does not pretend to know everything.  He is a better listener than he is a talker.  He is genuine and he is sincere.

When John declares that affordable housing is his first priority and that he will back our affordable housing policy with his council vote, I believe him.  His work in the community has been with our neighbors who live in public housing.  He knows the community and they know and trust him.  John won’t buy into the argument that seems to come up with every new project – that while affordable housing is nice, it won’t work in this case.  John thinks that after years of city support, tax breaks, and incentives, our downtown can stand on its own without special favors.  He would like to use the money in our underserved neighborhoods.  I agree.  John would like to concentrate public expenditures on amenities like parks, trails, trees, bike lanes, etc., in the parts of town which have never enjoyed them.  I agree.  John wants to use the city’s resources and authority to resist displacement from gentrification.  So do I.  John favors an expanded property tax circuit breaker so that low income folks who do own homes won’t be forced out of them by rising taxes.  So do I.

In our PA PAC questionnaire, John declared without reservation that he supports equal rights for members of the LGBTQ community.  Later, when it appeared that he had made conflicting statements in the Equality NC questionnaire, I was concerned.  During meetings with PAC coordinators and community leaders, John apologized and explained that as a new candidate he was overwhelmed with questionnaires and that he allowed a friend to complete the Equality NC questionnaire for him.  He assured us that what was put in the questionnaire did not represent his own position.  I participated in those meetings and I believe John.  He is not the first candidate who has sought help with questionnaires.  He has owned up to his mistake and acknowledges that it may hurt his chances.  I believe him when he says he will support the LGBTQ community and I believe that having stumbled as a candidate, as a council member John will look for an opportunity to prove to the community that he supports equal rights for all.

I want John Rooks on Durham’s city council.  I want him to be part of a new city government led by Steve Schewel as mayor.  With Steve, DeDreana Freeman, Vernetta Alston, Charlie Reece, and Jillian Johnson, I want John to pull as part of a progressive team.  I want him to learn from them and I want them to learn from him.  John Rooks has much to offer.  He is the voice of the voiceless in Durham.  He has my vote.