A big step towards a better Durham 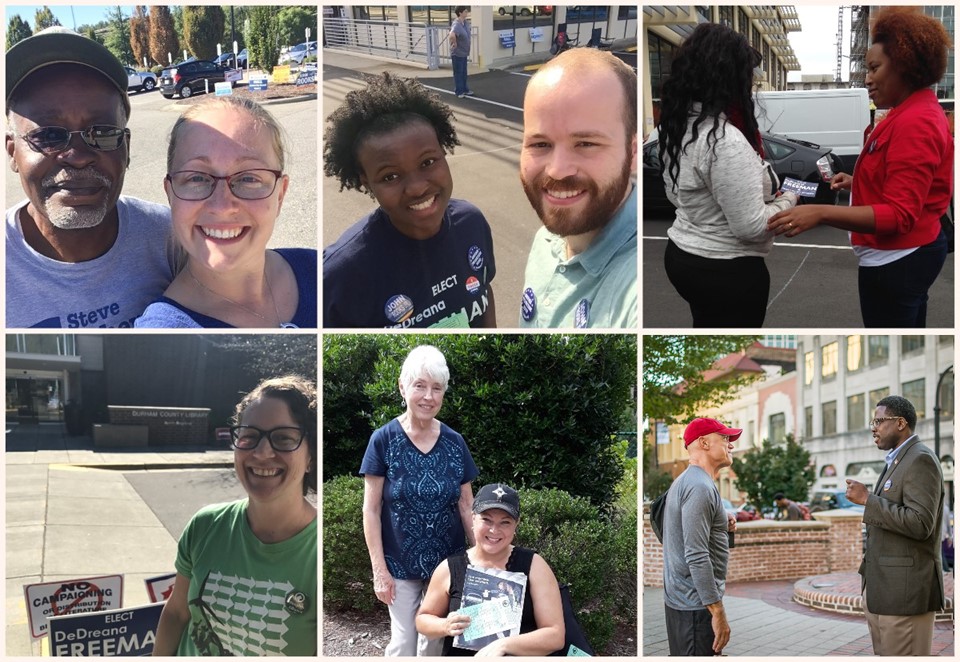 Yesterday was a big step towards a better Durham.  Steve Schewel will be the next mayor of Durham.  He’ll be joined by DeDreana Freeman and Vernetta Alston on City Council.

People’s Alliance PAC would like to thank John Rooks, Jr. and congratulate him on a strong campaign in the Ward 2 race.  We know that John will continue to raise important issues and engage the people in Ward 2 and across the city that helped him secure the People’s Alliance PAC endorsement.  We look forward to see what he will take on next.

People’s Alliance PAC would also like to congratulate Mark-Anthony Middleton for his successful race.  We know that Mark is committed to Durham’s future, and we look forward to seeing his campaign commitments in action.

You made your voice heard.   Developers and real estate interests poured big money into Durham in an attempt to put us on a path towards rising rents and too many of our neighbors getting pushed out of their homes.  It didn’t work.  You stood up for PA’s values-- affordable housing, living wage jobs, equal rights for all, racial equity and a healthy environment.

Let’s take a moment to remember how we got this far. Yesterday, over 60 volunteers worked across the city to tell voters why Steve, DeDreana, John and Vernetta were the best team for Durham.  During the primary and general elections, over 150 people worked with PA PAC to elect our endorsed candidates.   In all,  We sent our endorsement mailer to over 50,000 voters.  Twice.  We passed out over 30,000 sample ballots.

This was a campaign of hard choices between great candidates.  As we celebrate, let’s also take a moment to thank all of the candidates for their service, their commitment and their continued work for the public interest.  They are our friends and neighbors and they put themselves into the public spotlight to share their vision for the city.  We are better for it.

Now we need to get to work. City council will appoint a new council member to replace the at-large seat vacated by Steve Schewel.  PA PAC will notify members about that process in the coming weeks.  We also need to stay engaged and hold this council accountable.

Thank you for your support and your hard to work to keep Durham progressive.

Why I am Voting for DeDreana Freeman 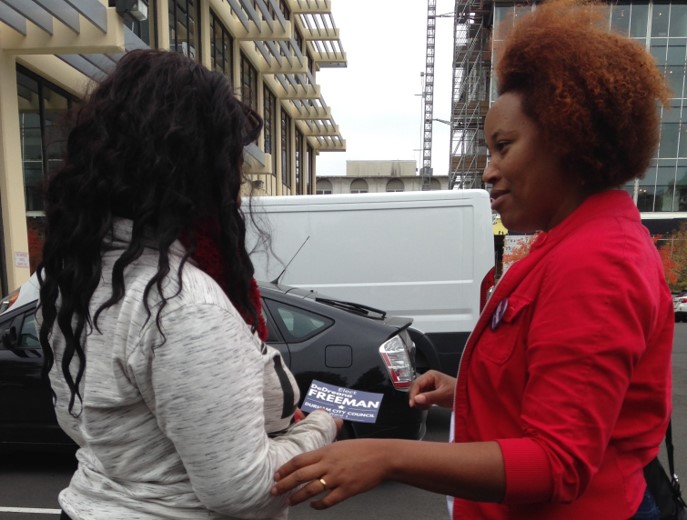 DeDreana Freeman is the neighborhood leader who will serve all of Durham.  If you have ever worked with a volunteer-led group, then you know how important it is to have volunteer leaders who do what they say they will do.  DeDreana Freeman is one of those extraordinary leaders.  I met DeDreana Freeman ten years ago at her home in the Golden Belt neighborhood.  I was impressed by her energy and vision for all people to live well in her neighborhood, East Durham, and Durham.  Today, a decade later, I am even more impressed with DeDreana’ s accomplishments.

Providing housing for lower-income families has been my life’s work, and I know something about the issue.  Some folks just wring their hands and talk about Durham’s affordable housing problem.  DeDreana is more than talk – she’s doing something about it.  From her seat on the Planning Commission, DeDreana has pushed reluctant developers to make significant financial commitments for affordable housing.  She uses her position on the commission as a pulpit to demand equity in development issues.  At a time when expansion and development are foremost in Durham, I want a person on council who understands complex planning and zoning issues.  DeDreana will be a strong voice to guide growth to benefit all of Durham.

Why I am voting for Steve Schewel 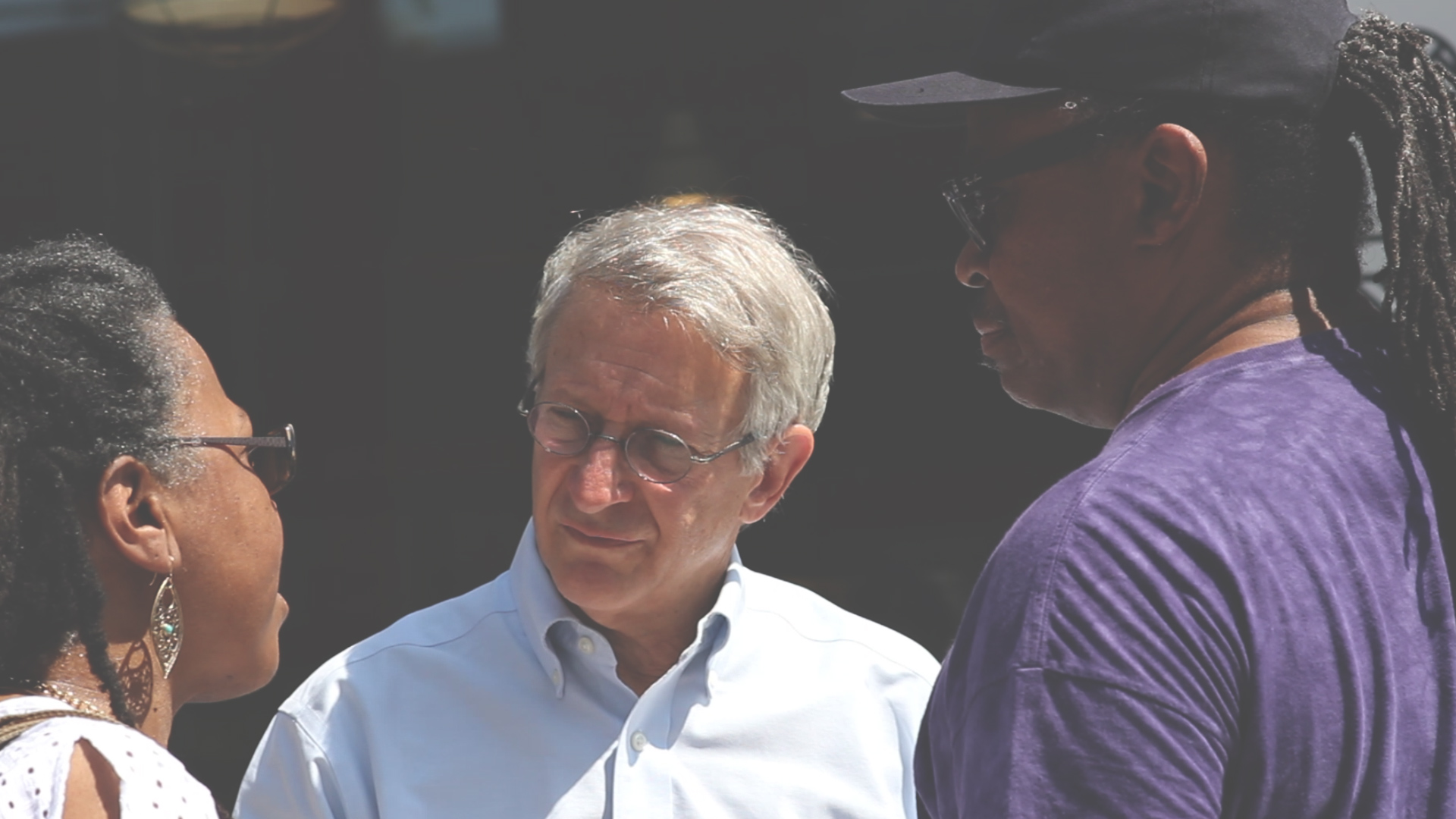 With Steve Schewel as mayor, Durham will continue to be a beacon of progressive values in North Carolina and nationally.  Steve knows the powers of city government.  He knows how hard work builds strong coalitions and inspires action.  He knows what makes Durham special and how to make sure that, as Durham changes, it doesn’t leave any of our friends and neighbors behind.

When over 400 People’s Alliance members met this summer, they overwhelming chose to endorse Steve Schewel for mayor.  He faced formidable candidates--candidates, who, like Steve, offered new ideas and brought important new voices to the challenges we face.  Durham owes all of these candidates a debt of gratitude.  They have elevated the level of discourse.  They have worked hard to tell their story.  They will all continue to play an important part in charting the future of our city.

But what sets Steve apart is simple.  He has built a track record of pragmatic progressivism.  He knows what local government can accomplish now and continues to push that line as far as possible in service of progressive issues.  When local government cannot provide the solutions we need, Steve knows how to use elected office to elevate the importance of issues like increasing the state minimum wage or creating good union jobs. He will make sure Durham sets an example where we are making progress and learns from others when we fall short. 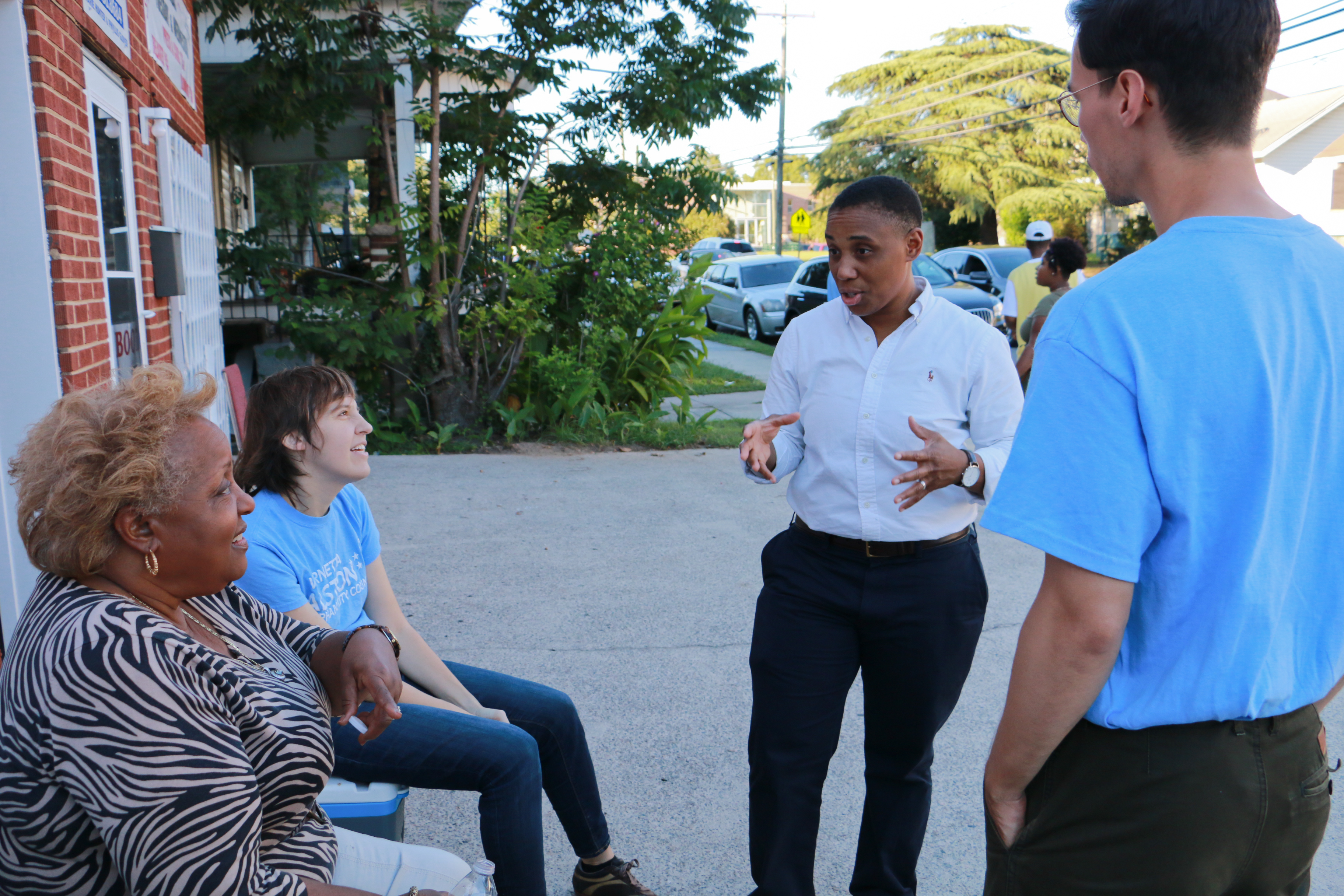